Aluf (res.) Yossi Ben Hanan (Hebrew: יוסי בן-חנן‎) was born in Jerusalem, Israel, in 1945. His father, Michael Ben Hanan served as one of the top commanders, (Haganah) in Jerusalem.
During the Six Days War Ben Hanan was a young Israeli officer, a lieutenant, serving as the operations officer of the 7th Armored Brigade. He was featured on a famous cover of LIFE magazine after the war which showed him, as a young soldier, triumphantly clutching an AK-47 rifle while standing in the waters of the Suez Canal.[1]
In 1973, while on his honeymoon in Nepal, then lieutenant colonel Ben Hanan learned of the start of the Yom Kippur War. Over the course of a few days, he returned to Israel and arrived on the Golan Heights on about October 8, 1973.[2] Ben Hanan participated in fierce fighting with the Syrians in the holding defence of the Golan Heights along with then lieutenant colonel Avigdor Kahalani, and was wounded for the first time, but refused to be evacuated and continued fighting.[3]
On October 9, 1973, Ben Hanan took command of a scratch force of Israeli tanks that had been put together by Shmuel Askarov, one of the survivors of the decimated 188th Armored Brigade. Leading his command in a desperate battle against overwhelming numbers of Syrian T-62s, Ben Hanan restored the tactical situation but at the cost of most of his command and his own Centurion tank. Blown out of the turret when his tank was hit by a Sagger anti-tank missile, Ben Hanan lay wounded on the battlefield until he was rescued from behind enemy lines by Yonatan Netanyahu, a legendary member of the IDF's elite Sayeret Matkal and brother of future Prime Minister Benjamin Netanyahu.[4]
Ben Hanan received the second highest decoration, the Medal of Courage for his part in the fierce battles of the Yom Kippur War.[citation needed]
Yossi Ben Hanan subsequently served in the IDF.[clarification needed] He commanded the 7th Armored Brigade, the IDF R&D department, the Israeli National Security College, and the Armored Corps. As a reservist, he attained the rank of Major General (Aluf). He is currently the head of the Israeli Defense Ministry's developing countries defense assistance division, SIBAT.[5]
Posted by BCC at 7:56 AM

" Sorry, Candy. Whoa."
That was the sound of Candy Crowley about to be vigorously schooled by Israeli Prime Minister Benjamin Netanyahu on CNN's State of the Union. As if he were a teacher attempting to straighten out an errant student with the facts, Netayahu added, " No, Candy. No, no. I'm sorry. I heard that. I hear people write that up, but, in fact, it's the very opposite." Chastened student Crowley finally corrected corrected herself. If only more guests on her show were as strenuous in correcting Crowley. [See video below.]

CANDY CROWLEY: One of the criticisms, Mr. Prime Minister, has been that, prior to this, when you were dealing with Abbas, you had said, look, I don't know who I'm supposed to negotiate with. There's Hamas and then there's Abbas and Fatah.
So, now there's a unity government, and you still don't want to talk to them. So, there's criticism here that this was an excuse for you to walk away.
BENJAMIN NETANYAHU: Sorry, Candy. Whoa.
CROWLEY: Go ahead.
NETANYAHU: No, Candy. No, no. I'm sorry.
I heard that. I hear people write that up, but, in fact, it's the very opposite. I said right from the start, I said, look, I could wait until President Abbas recognizes -- represents the entire Palestinian people. But, in this case, we will wait until eternity, and we won't have peace.
So, I chose deliberately, openly, specifically, and explicitly to negotiate with that part of the Palestinian people that said it was willing to make peace with Israel. I said, we're not going to try to include the other part that seeks our extermination. And that's what I did.
I have been very consistent on this. Now that he's joined them, I say this. Look, unity for peace is good. Unity with Hamas that seeks to exterminate Israel, the opposite of peace, is bad. I have always been consistent on this.
I negotiate with those who are willing to make peace with my country. I will not negotiate with those who seek to exterminate peace with my country, whether they sit in the front office or the back office. That's not where I'm going to go.

Student Crowley appears to have learned her lesson as she provides another summation that does not put incorrect words into Netanyahu's mouth which meets the approval of the teacher:

CROWLEY: So, as I understand you, what you're saying is: First, for me to come back to the table in any way, shape or form, Hamas or a representative -- a top representative of Hamas would have to renounce violence and recognize Israel, or Abbas will have to not have a unity government.
Is that how I read you?
NETANYAHU: I think that's a fair -- that's a fair summation.
Either Hamas disavows the destruction of Israel and embraces peace and denounces terror, or President Abbas renounces Hamas. If one of those things happens, then we can get back to the peace negotiations. I hope that he renounces Hamas. I hope that he gets back to the peace table, as I have just said.

SYNOPSISA family which doesn't go to synagogue very often, arrives to celebrate the son's bar mitzvah. But, alas, the boy was taught the wrong parsha (reading). Mum is dressed inappropriately and Dad's mobile phone gets involved at the wrong moment.
Posted by BCC at 7:36 AM

Email ThisBlogThis!Share to TwitterShare to FacebookShare to Pinterest
Labels: funny

http://koshertube.com/videos/index.php?option=com_seyret&Itemid=4&task=videodirectlink&id=17725
Posted by BCC at 9:40 PM 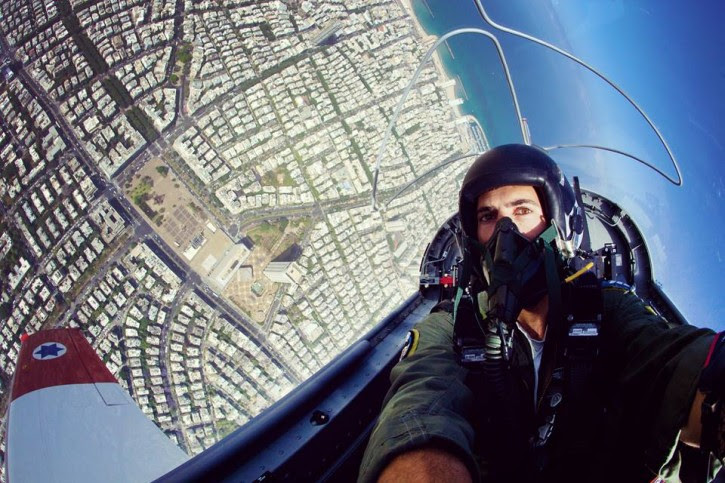 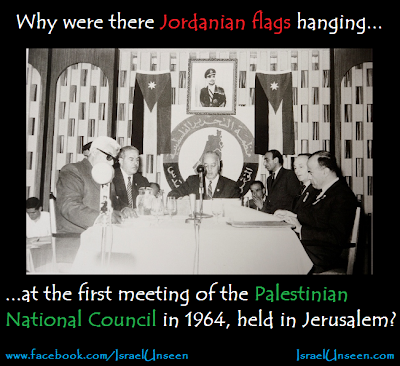 And someone actually think this is a great idea.


The website DoSomething.org first let the battle cry sound, asking Apple to take a closer look at its 800 emojis.

“The only two resembling people of colour are a guy who looks vaguely Asian and another in a turban. There’s a white boy, girl, man, woman, elderly man, elderly woman, blonde boy, blonde girl and, we’re pretty sure, Princess Peach,” the petitioners wrote. “But when it comes to faces outside of yellow smileys, there’s a staggering lack of minority representation.

Apple’s head of communications, Katie Cotton, responded to the criticism by stating that the software company was working to “update the standard”. She did not say when such emojis would be introduced. The last time the offering was updated was in 2012, when same-sex couples were included.

“Digitalization means that we communicate ever more with pictures,” said Rubin Dranger. “They have never been so important and so dominant as today and therefore we also need to be conscious about what the pictures represents.”

She told TT it was “obvious” that the emojis should represent everyone.

A man unveils Greek inscriptions as he cleans a Byzantine mosaic floor that decorated a monastery and that was discovered during infrastructure work in the Israeli Bedouin village of Hura in the Northern part of the Negev on April 1, 2014. The mosaics, dated from the end of the 6th century AD, were uncovered during the construction of a new road. 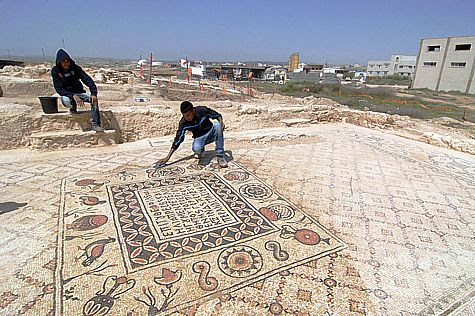