8 Incredible Technologies Used by the IDF

The very first of the ten fundamental values of the Israel Defense Forces is the defense of the state, its citizens and its residents. In order to achieve this goal, the IDF utilizes a vast array of modern tools, a few of them so new, it’s hard to believe they exist. Today we invite you to take a look at some of the amazing equipment that assists the soldiers of the IDF at fulfilling their missions. Sit back and find out more about eight incredible technologies used by the IDF.
1. The Iron Dome Rocket Defense System:
The Iron Dome System has been deployed in the south of Israel since early 2011 in order to protect Israel’s population from the rockets fired from Gaza.
First of all, the system is the first of its kind. In terms of speed, accuracy and capability, there was no other system like it in the world prior to its introduction. Every individual battery is fully mobile and includes a radar station, a weapons control unit and the actual missile firing unit itself. As soon as an enemy rocket is fired into Israel, the radar station detects and tracks its trajectory and launches a missile of its own to intercept and neutralize the enemy rocket before it can cause any harm. 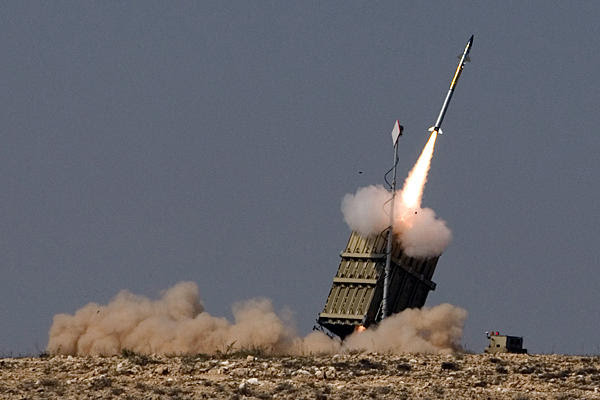 Iron Dome firing a missile to intercept an enemy rocket. Photo by: Dan Balilty/AP
2. The F-16I ‘Sufa’:
“What’s so special about the F-16?” you ask. “Half of the western world uses it,” you say. Well, this is no ordinary F-16. This is the F-16I ‘Sufa‘. The added ‘I’ stands for Israel, because it has been heavily modified to fit the specific needs of the Israeli Air Force. To make the pilot’s incredible job as easy and effective as possible, the F-16I has been outfitted with cutting-edge weapons system hardware, a specially constructed radar system and a unique helmet system that allows the pilot to launch weapons at an enemy aircraft using sight only.  No wonder we nicknamed it ‘Sufa’. That’s Hebrew for ‘Storm’ by the way. 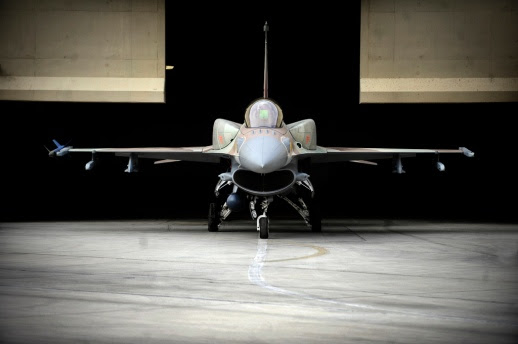 F-16I 'Sufa' Awaits Departure at the Hanger
3. The Trophy System:
The Trophy Active Tank Defense System was developed with one goal in mind. To remove the last Achilles’ heel of armored vehicles and tanks – modern anti-tank guided missiles. How does it work? It’s simple: The Trophy’s detection system creates a 360° protective shield around the tank. When an enemy launches a rocket against a tank outfitted with Trophy, the system instantly detects and neutralizes any threat to the tank by firing a missile of its own which blows up the enemy missile.

Trophy creates a 360° protective shield around the tank
4. The Merkava IV:
At first glance, the Merkava IV main battle tank may not look so different from other tanks, but sometimes looks can be deceiving.  In its current version, the Merkava IV includes an upgraded fire control system with the ability to defend against attack helicopters, a digital battlefield management system and an unprecedented suspension and track system that allows the Merkava IV to move in even the harshest terrains that would force any other tank to its knees. No wonder its considered one of the world’s best tanks. 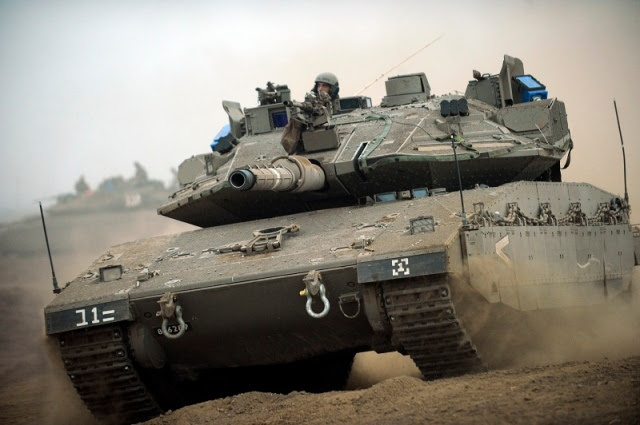 Storming Ahead - An Israeli Merkava IV Main Battle Tank
5. The Elbit Skylark:
Quick, picture a drone! You thought of a full-sized plane, taking off from a runway, didn’t you? That’s because you haven’t heard of the Skylark I-LE. It’s small, it’s lightweight, it can be carried by one person and set up to be ready to fly in less than 8 minutes. 3 hours of flight-time with a live video-feed, day and night, in any weather-condition. The Skylark is quiet as a mouse with the eyes of a hawk. Quickly deployed and quickly recovered. They’ll never even know we were there. 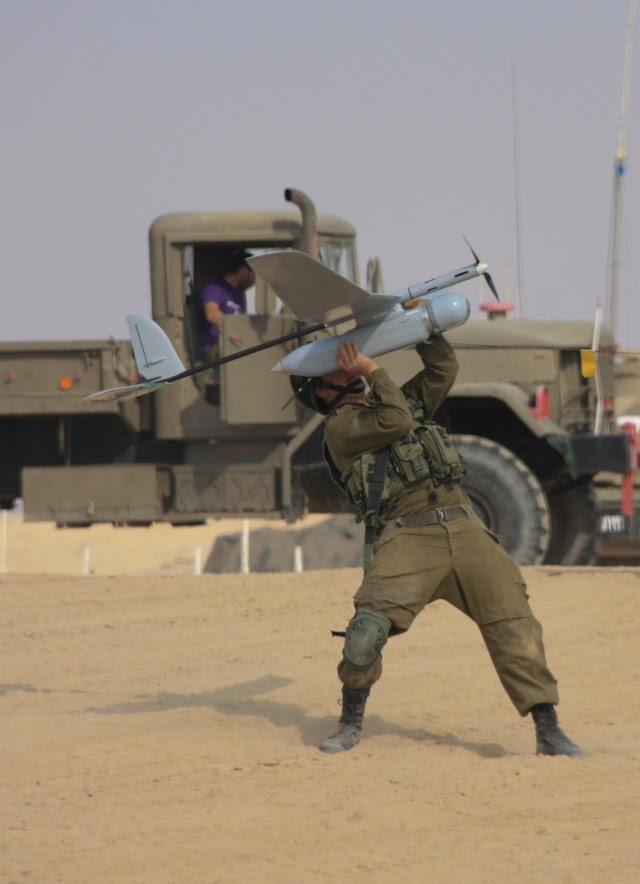 A soldier gets ready to let the Skylark fly
6. The Granite:
It may resemble a Mars Rover, but it is actually the newest addition to the IDF’s Field Intelligence Unit’s line up of ultra-modern observation vehicles. A combination of optical and radar detection systems that can identify a man-sized enemy target from over 7km away, a hidden extendable radar mast or an integrated system that will immediately send live updates of enemy targets to friendly forces in the field are just a few of the trailblazing technologies that make the Granite the future of Field Intelligence Reconnaissance Vehicles. Oh, and did we mention it’s also bulletproof? 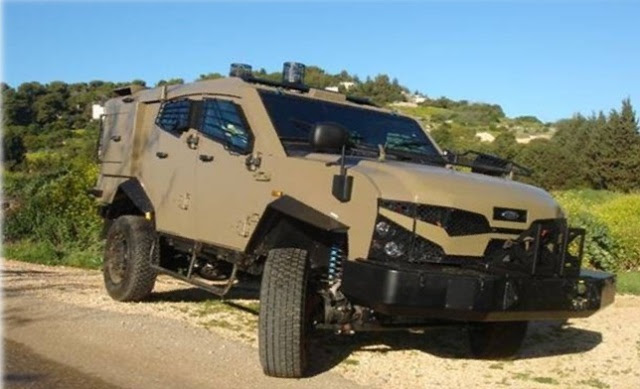 The Future of Field Intelligence - The Granite
7. Tzefa Shirion:
What’s the fastest way to clear a mine field? How about the Tzefa Shirion. Take a 120 meter chain wrapped in about 1000 kilos of C4 and attach it to a rocket. When the rocket is fired the chain uncoils and trails after the rocket. After the chain is fully uncoiled it drops to the ground and is detonated, creating a blast so powerful it simply explodes all the mines in its environment. The result is a 120 meter long and 6-8 meter wide path which troops can now pass through safely. Sounds impressive? Wait until you see it in action:
8. The EyeBall System:
A terrorist is hiding in a building. The soldiers who came to arrest him know that he is in there, but they don’t know where exactly or who is with him. One soldier takes out a little black ball and quietly tosses it into the house. Within seconds the ball stabilizes itself and transmits a full 360° view of the whole room to the soldiers outside. They can now see and hear everything that is going on inside and have all the necessary information to safely enter the house and arrest the terrorist. Only slightly larger than a tennis-ball and equipped with a state-of-the-art camera with infrared capabilities, the Eye-Ball improves the IDF’s soldiers performance, and asserts their status as some of the best fighting forces in the world. 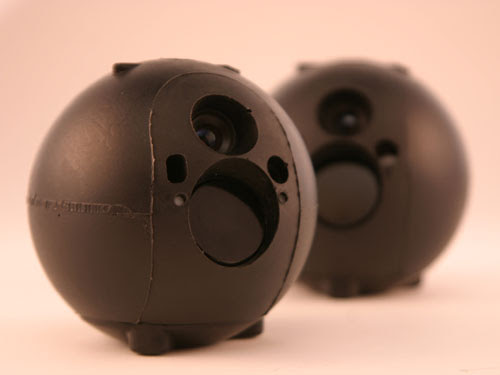 EyeBall R1 Surveillance Device
Posted by BCC at 10:20 AM